And finally, the remainder of my adventures in RPGaDay: 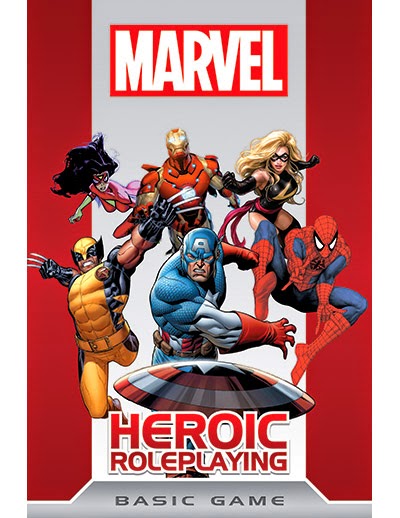 There's a lot to this category. Evil Hat has had a stroke of genius in their Dresden Files and Atomic Robo licences. Cubicle 7's The One Ring and Fantasy Flight's Star Wars: Edge of the Empire/ Age of Rebellion/ Force of Destiny series of games are unequivocally the best incarnations of Lord of the Rings and Star Wars respectively. But there is one licensed game that takes the cake for me.

Yes, I know I'm biased since I got to work on this game (The Civil War: X-men supplement and the Annihilation books have my name in the credits). But seriously, everything about this game is awesome. It is born of the Cortex Plus rules system, but goes so far beyond its predecessors, Smallville and Leverage. More than anything, Marvel Heroic evokes the same feeling I got as a kid turning the 4-color pages for the first time. In fact, read my review for more.

22nd- Best Secondhand RPG Purchase
Ah, I love conventions. Sure, I've picked up my fair share of secondhand RPG books at Half Price Books, at my local brick and mortar, Yottaquest, at garage sales, and some just as hand-me-downs. But the bargain basement booths at conventions give me so many options to scratch that cheap RPG book itch. 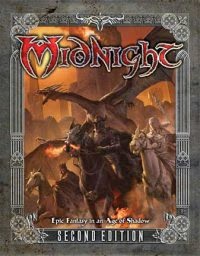 Through the convention buy one get on free booths I've completed collections of great games like Margaret Weis Productions 3.5 run of Dragonlance, okay games like the d20 Conan from Mongoose, and pretty crappy games like Decipher's Star Trek RPG. But one series of games stands out among the morass of... admittedly mostly d20 products: Fantasy Flight's Midnight.

I usually explain Midnight as what Middle Earth would be like a hundred years after the fall of Gondor if Sauron had won the War of the Ring. The player characters have to hide their abilities and act mostly in secret to avoid being noticed for being heroes because the known world is under the occupation of the dark forces. It is fantastic. And one Gencon, I got used copies of every book in the series for less than fifty bucks. 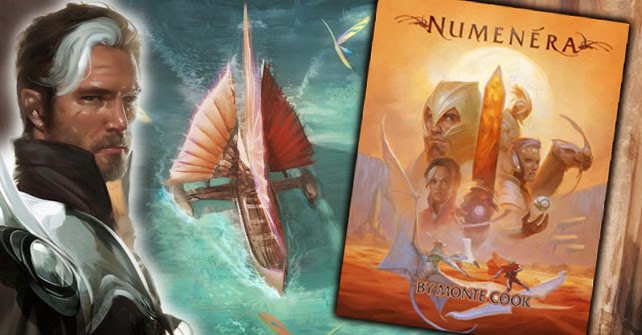 I'm not the biggest fan of Monte Cook. I was one of the few people I know that hated Unearthed Arcana, and while I like his take on World of Darkness and I love the Iron Heroes books produced by his company (but mostly not written by him), for me most Monte Cook books fall flat.

However, Numenera is gorgeous. Set one billion years in Earth's future, Numenera seamlessly blends science fiction and fantasy for a rich and deep world. But as good as the world is, as innovative as the mechanics are (and Monte made a lot of great choices in his design elements), these are not what drove me to this book. The art is amazing. It is full of lush landscapes, evocative imagery, and some of the nicest paintings of the human figure I've had the pleasure to witness. And the graphic designer managed to keep their design elements unobtrusive enough to be able to showcase the art, but in a thematic way that brings the books together as a whole. It's enough to warrant the tagline: "Numenera- Come for Monte Cook's rich world and game mechanics. Stay for Kieran Yanner's amazing art."

24th- Most Complicated RPG Owned
I've played a lot of complicated games over the years- I am a product of the '80s RPG scene and an avid wargamer, so it comes with the territory. But despite the complications of certain aspects of Shadowrun, or Traveller, most of my games aren't all that complicated. Oh sure I've played HERO system, Mekton Zeta, and Hybrid, but none of those grace my shelves. Nope, my most complicated RPG shares double billing for my rarest RPG. I'll let you read more about it there.

25th- Favorite RPG No One Else Wants To Play 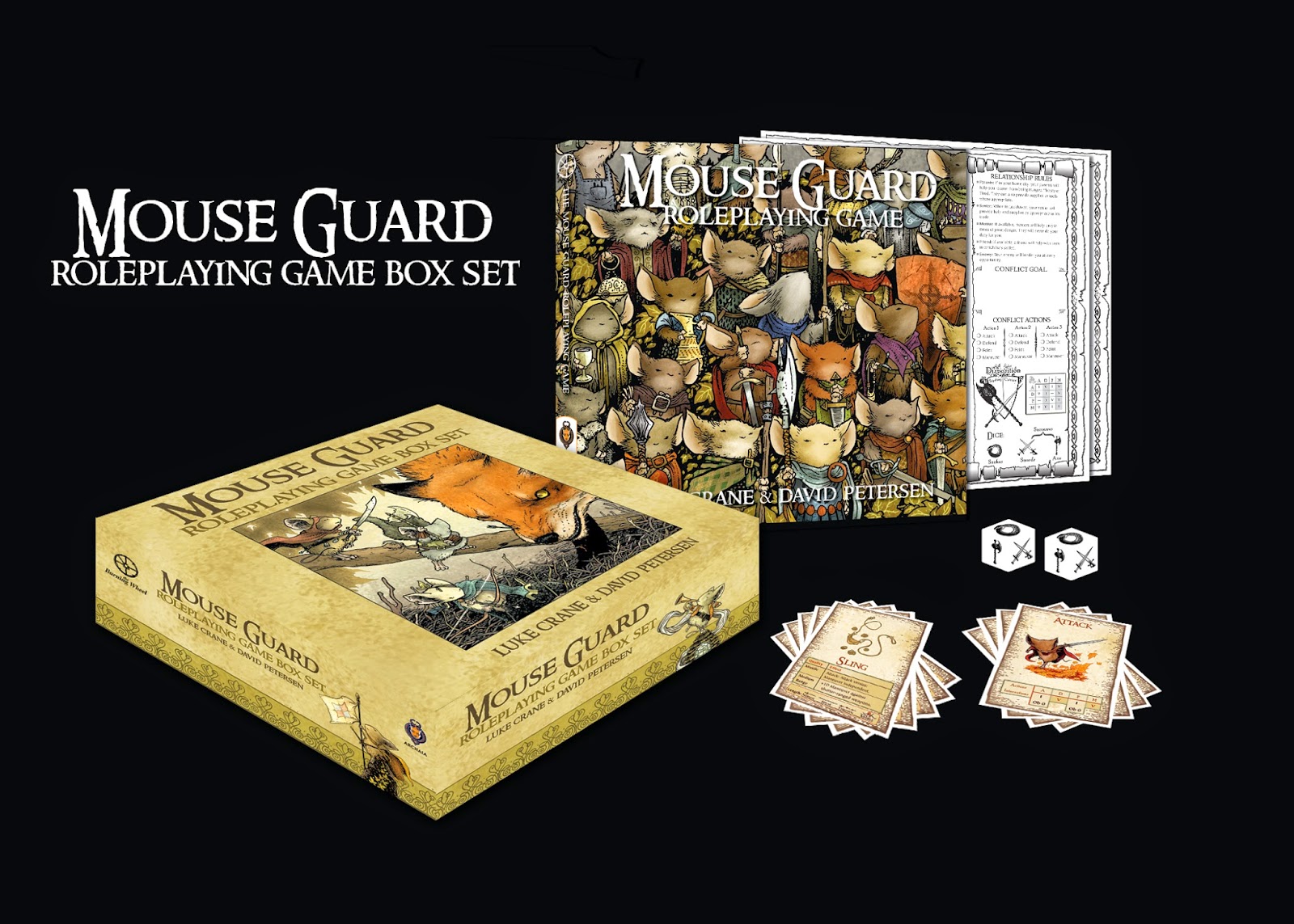 This is an easy one. Mouseguard.

Mouseguard is based on the Burning Wheel system, but is a bit more approachable. I played Burning Wheel at I-con a few times and loved it. But Mouseguard takes those rules and simplifies them in the right parts while clarifying in other. It makes a good game great. But that's not the reason it's not played.

Mouseguard is based on the popular indy comic of the same name. The brainchild of the far too talented David Petersen, it is the Eisner award-winning tale of a cadre of mice charged to protect the borders and peoples of an all mouse society. It is full of medieval imagery, some blood, violence, and pretty amazing dramatic moments. It might be the best indy comic in my formidable comic collection.

So.. great world, great game, why does no one want to play?

Easy- too many games. To date, my amazing wife and I are the only ones that have read enough of or really have an attachment to Mouseguard. Add that into the inevitable glut of games like Pathfinder, Star Wars, Firefly, Shadowrun, etc, etc, ad nauseum. Yeah...back burner of the back burners. Maybe when my daughter is old enough to enjoy the comics, I'll find a way to indoctrinate her to the Mouseguard.

26th- Coolest Character Sheet
I was going to originally mention Spirit of the Century for this one, but then I looked up and remembered Numenera's unfathomable sheet.  I mean, seriously- look at this thing! 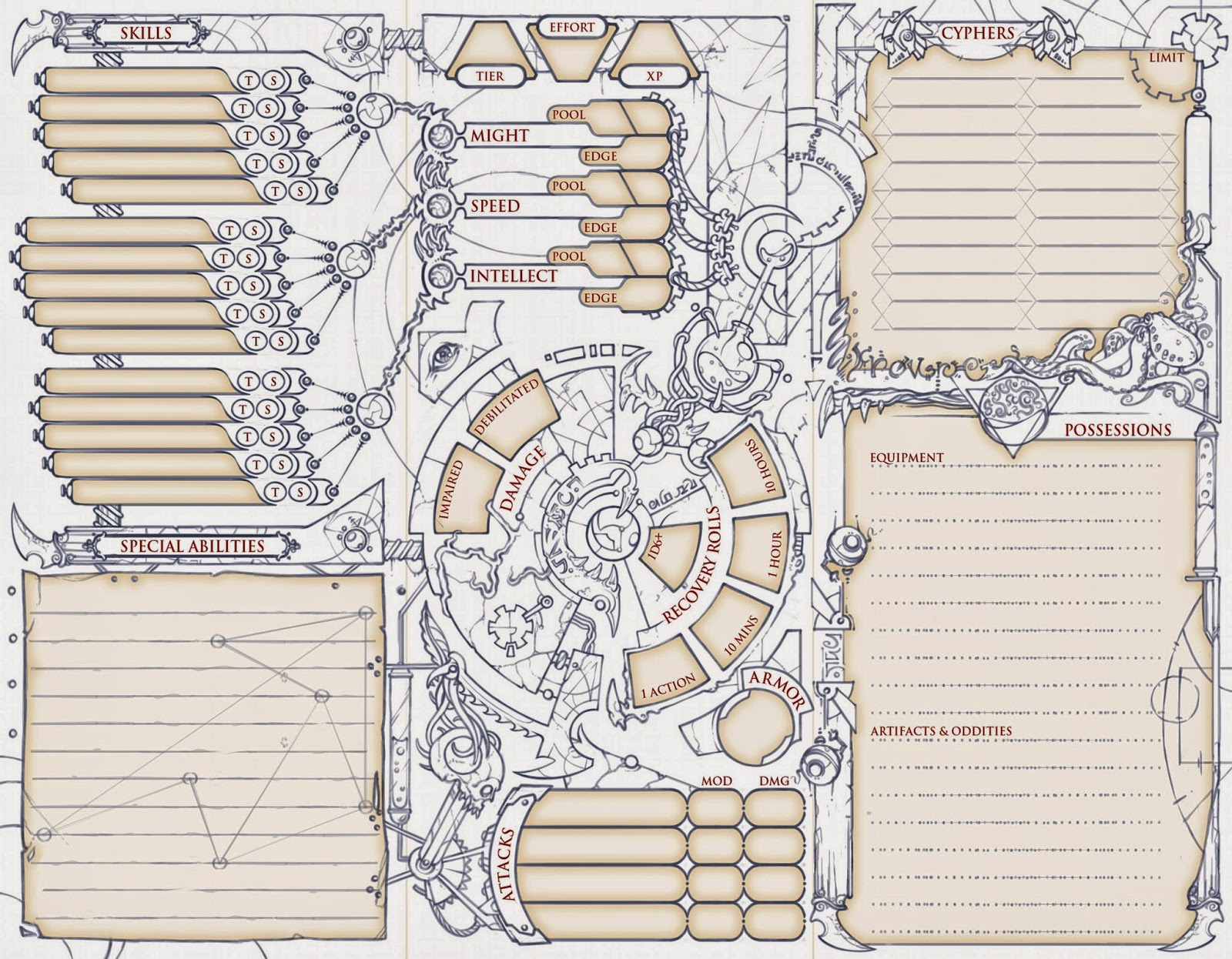 27th- Game I'd Like To See a New / Improved Edition Of
Please, please Star Trek.

Look, I love the old FASA system. Decipher and Last Unicorn should never have been allowed to write games ever. For anything. Ever. And the d20 Modern system that works so well for Spycraft doesn't quite fit for Prime Directive. What it needs is a rules-light system that lets you get thrust into plot and character over mechanics.

Also, In Nomine. More than a revamp- this game of angels and demons needs a line-wide retooling. Scrap the old ruleset and start anew. But I might as well wait for hell to freeze over for that to happen (heh). Instead, I'll just write that myself in Cortex Plus. It's coming. I promise.

It will seem cliched, but for me it was a game of the modern incarnation of Call of Cthulhu, a game called Cthulhu Now that I played in the early 90's. With a really descriptive and imaginative GM, this game can be as terrifying for the player as it is for the characters. I don't remember his name, but our GM that night in his seemingly abandoned house in Norwood was both of those things. And he set the scene with all the lights out in the house on a stormy night and only a couple candles to play by.

I remember having nightmares from it, but not much else.

29th- Most Memorable Encounter
There have been so many encounters over the years. Maybe too many to count.

Like the time I killed a party of overzealous 10th level adventurers with kobolds and clever use of murder holes.

The "Zone of Truth Incident."

Vecna's Knot with Treena hiding in the treasure room.

Khoth turns to the dark side.

Chris brings Khoth back to kill his other character- the traitorous doctor.

But for most memorable, I'm going to have to go with the play in the Council of Thieves adventure path.
You did not make them do a table reading of The Six Trials of Larazod!
Yes, Self, I did. And it was GLORIOUS. 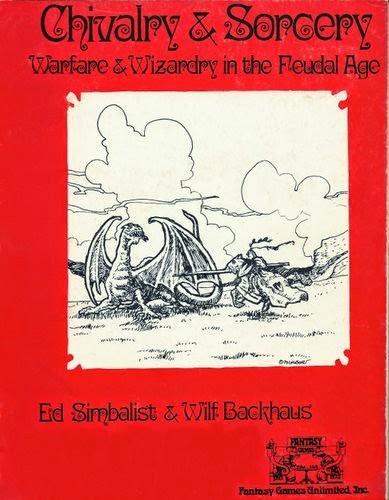 This book entered my collection as a hand-me-down form my father's board game collection. Released in 1977 as a more realistic slant on D&D, Chivalry and Sorcery didn't have a very large following or print run- at least initially. My dad doesn't roleplay, so how this ended up as part of my his collection, I'm not sure. And I really don't know when it ended up in mine, but I loved the book. Despite the abundance of charts and graphs that were exceptional, even for that era of gaming, C&S was more a study of feudal life and conflicts than monsters in dungeon.

While there are more than a few limited edition gems on my shelf, this book is by far the rarest and hardest to find.

31st- Favorite RPG Of All Time
I would love to say that one of my own games, Dime Stories, Superhuman, even the unfinished Playthings is my favorite RPG. But I don't really have that kind of attachment to any of my creations other than my daughter.

The problem is, so many different games are my favorites because of certain aspects of them. Shadowrun's setting, D&D's longevity, the way Pathfinder retools and fixes all of the issues I had with 3.5, the various incarnations of Star Wars... because Star Wars, Firefly for similar reasons, Smallville for no other reason than because it was my first professional credit, Marvel Heroic because it is Cam's best work and I got to write Nova and X-Factor, everything with the FATE rules because they are awesome. No sir, I don't have just one favorite. I have many, for as many different reasons.

Instead, I'll talk about the one game that should be on everybody's favorite list. The best free, downloadable, independent RPG on the market. The steampunk tour de force called Lady Blackbird.

Lady Blackbird feels as if it was written as an adventure first. The characters and game rules followed. In sixteen pages, John Harper (of Agon and Danger Patrol fame) gives us a pretty complete game with multi-faceted characters, a steampunk Firefly-esque universe, and just the right rules to make a fun, rollicking romp of an rpg. This is what I was failing at doing when I wrote Dime Stories, and will be the benchmark for me as a game designer for years to come.

Even better, John offers it up for free on his website. Go there now.