As promised, I wanted to dive in to DC's expansive, line-wide reboot to give my fearless readers an honest assessment, but I didn't feel that I could really do that during the initial run of 52 new #1's. So I waited.... and waited. Finally, this last Wednesday saw the first issue #3 hit the stands, and it seems like I can give an honest evaluation without just reacting to changes and the media blitz DC wisely invested in this major overhaul. 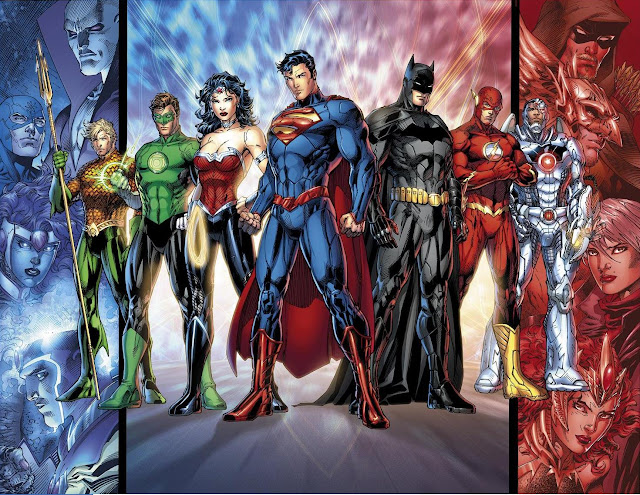 Initially, I was hesitant to the upcoming changes when I first heard of "The New 52" as DC called it, or DCnU as coined by Newsarama and other websites like ComicsAlliance.  As a long term comic enthusiast, what a line-wide reboot to me means is: "Everything that you are reading now is meaningless in the the long term and we don't really care about our current readers. It's all about new blood."

As a business decision, that makes sense, despite improved cultural awareness thanks to the film and television industries and the lack of social stigma for comic readers in modern times, the comic industry has been struggling in recent years. The prospecting boom of collectors in the '90's nearly killed the industry's perceived accessibility and an insurgence of new readers was obviously necessary to keep the genre alive. Whether stunts like line reboots are simply this decade's "Rare Collector's Holographic Covers" remains to be seen, but regardless, something needed to be done and soon.

However, from a reading perspective, this was a knife in the chest. DC had done this before, in 1985 with Crisis on Infinite Earths, but I was 10 years old at the time and barely recognized a change other than Superman's story seemed more like the movie to me (Christopher Reeve, sir, not Brandon Routh.. thank you very much). But now, twenty-six years and thousands of comics later, I was being told that the books I revered and looked at as a history of some of my favorite characters would no longer exist. Everything I had spent my hard earned dollars on would be forgotten in lieu of the newer, hotter DC. I felt like the loving wife and mother reaching her thirties only to be traded in for a twenty year old coed bimbo with the fake tan by captain midlife crisis. Now I knew how all those silver age readers felt in the eighties.

Well, it wouldn't have been fair to shut my eyes, plug my ears and deny the changes were happening, so I resolved to try to keep an open mind, after all Marvel's modernized universe- the Ultimate Universe was one of the best written universes I've read, so it couldn't be all bad.  Plus, Jim Lee, one of the architects of the reboot began talking about the reboot being more solvent, in some places (Superman, Wonder Woman) the reboot would be total. Let go of what you know and face a new day. But in others (the Batman books, the Green Lantern titles) the reboot would be a softer reboot, changing a detail here or there where it conflicts with main continuity, but maintaining the status quo or making changes in story. This made sense as Batman titles and Green Lantern titles had been among the best selling DC books for the last few years, so DC's editorial teams didn't want to mess with a winning formula. This could be good or bad, as I'll explain tomorrow.

One of the first things DC showed us was some new costumes, many designed by Jim Lee himself. Despite the unnecessary armor for Superman (I mean, it's Superman, does he really need armor?), I like almost all of it. It seems a mandate had come down in some super-secret meeting to take the trunks off the outside of all the costumes. And thank the gods below, because that look (originally inspired by circus performers) was more than dated, it was comical. The new costumes were sleek, modern, and elegant in a way that was a long time coming. And yes, I know I call this blog "Underwear on the Outside", but I'm poking fun... it's really NOT a good look.

Then the books came out....
(continued tomorrow)